Helen Tyrrell facilitated this second Wisdom Council, introducing play, creativity, presencing, poetry and art to help us to continue our exploration of “What ASP could become?” by moving on to focus on:

Dave Hampton introduced the concept of the Children’s Fire to provide the context for this and future councils.

“…“Children’s Fire by Mac MaCartney” to ensure that no decision or action arising from the council will be taken if it is likely that such action would harm the children’s futures up to seven generations out.”

Helen lit a candle to symbolise our Children’s Fire, with one of her own paintings as a background and read a poem to set the mood for the Council.

We were joined by Alex Base, Founder of Innernature, member of the Cambridge Institute for Sustainability Leadership, a Tutor/Coach and artist who created various images inspired by what he was hearing in Council.

A initial image that came out of peoples introductions.  I was just hearing and feeling lots of energy, but also heaviness between peoples work in the world and how they described themselves coming into the meeting.  But I also felt a lightness on being connected with ASP and the evening.  The image was in some basic way capturing the messiness of it all, the interconnection at a very real, human and embodied way between attendees and whatever ASP meant to them and the fact that many saw it as a source of energy… That was a pretty quick image from the intros.“

Then the words were just me capturing what was being said. You have some very deep people there – Gwyn, [Sophia] the lady from Barcelona, Charles, Robert, you – but you also had some very pragmatic responses. I started with your children’s fire saying of ‘nothing to harm the children’ as a frame for the conversation, the other framing was ‘letting go’ and ‘coming from’. People spent less time on letting go. I found it hard to create an image so I just wrote the words down for while as it felt like there was so much great stuff to capture. I think Mike mentioned a dance between ‘letting go’ and ‘coming from’ and I’d already stated playing with the integral dynamics/infinity symbol, and that was where the image started to emerge from. I think that I should create something from the words that is a little tidier.“

Main image that came from the conversation of ‘letting go’ and ‘coming from’. Its not anything specific, but I felt again, this dance between different states. Many of the participants felt heavy in certain ways, yet ASP and its work was their light, their energy and they seemed very deeply connected. So the symbol kind of reflected this ‘transition, dance, journey, flow between many different states:

But where many of these have been seen as a transition when described… I heard this as a constant state of flow, connection between the two. Maybe something about it not being simple to make a single transition and we are always dancing between these states. But from this dance I felt that people had so much they wanted to give so I saw people and love and energy emerging. I was thinking of filling the sheet up with more dark and light, so that it was a little more complete….“

At the end of Council Eliot, the youngest present, requested Helen to douse the Children’s Fire until the next Council. 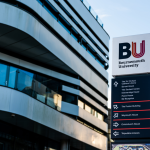 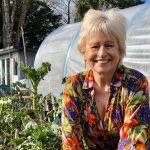