We are delighted to invite you to a special evening with Jared P. Scott. The evening will start with a private ONLINE ASP viewing of Jared’s film THE GREAT GREEN WALL (90mins) an epic music-driven journey along a burgeoning 8000km ‘wall’ of trees stretching across Africa to fight back against climate change, desertification and migration, followed by an open discussion with Jared.

To reserve your place register HERE

Films include Requiem for the American Dream (Netflix), The Age of Consequences (Starz, PBS), Humanity Has Not Yet Failed (Oct 31) and The Great Green Wall(in theaters worldwide) — executive produced by Academy Award®-nominated director Fernando Meirelles (City of God, The Two Popes).

A veteran in alchemizing environmental, climate, and social-issues into award-winning films, Jared is on a mission to get purpose-driven stories that inspire change told and seen in our golden age of streaming. 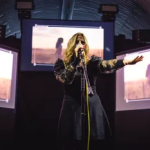 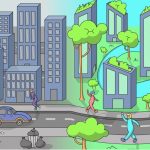