After coordinating a campaign that defeated an oil well development in Dorset and setting-up a national anti-fracking campaign that helped rally politicians to support the fracking moratorium, I decided it was time to professionalise my environmental work – I am now the Sustainability and Carbon Manager for a group of hospitals called University Hospitals Dorset.

I have always had a deep sense of respect and awe for the nature. Though my path to being a sustainability professional has followed a pinball motion of various different jobs, I can now see some method in the madness (destiny?).

In my early 20’s I moved to Brazil with no money, no job, no visa and no comprehension of Portuguese; yes, there was a girl involved! A few months later we had separated but I was determined to stay. As a result, I know what it is to be poor, to be alone and afraid. I was an illegal immigrant for some time and effectively illiterate. This was my “walkabout” period. I had a sheltered and nice middle class start to life through to university so I probably needed some knocks. I certainly grew a lot in Brazil and saw many things that will stay with me forever. The deep injustices of poverty and the devastating loss of pristine habitats to development and farming.

Hitting rock bottom was a great motivator and before I left Brazil, 5 years later, I was running a company helping multinationals with business process re-engineering and IT implementations. I took these skills and worked in the Republic of Ireland for 4 years plus a year between France and Hungary. I have worked along-side and advised Pifzer, Cadburies, Warner Lambert, Paper Mills, Meat Processing Co.s, Electronics Manufacturers and various government departments.

By my mid-thirties I decided it was time to settle and have a family. I knew this was unlikely with my lifestyle so I bought a house in Bournemouth, moved in and resolved that whatever work I did would not involve any travel.

I set-up a small home-based photography studio. I met my partner within months of moving to the house and our son arrived the following year. Everything fell into place – uncanny! This gave me flexibility to start environmental campaigning and I coordinated a campaign that defeated an oil well development in Dorset (that had already been given planning permission). I also set-up a national anti-fracking campaign that helped rally politicians to support the fracking moratorium we currently enjoy.

The campaigning gradually absorbed all my time leaving little room to earn an income and I decided it was time to professionalise my environmental work. At 45 I started the MSc Green Economy course in Bournemouth University and before even finishing, I was offered a job with Poole Hospital as their Sustainability and Energy Manager (see how things keep landing at my feet?).

Three years and one merger later, I am now the Sustainability and Carbon Manager for a group of hospitals called University Hospitals Dorset.

I pull on all my previous roles to help me in this job. The NHS has woken up to sustainability in a big way and it feels like the right place to be at the right time (again).

I’m not quite sure where the ASP journey will take me, but something tells me it will all make sense looking back. 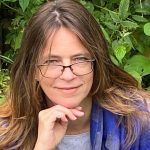 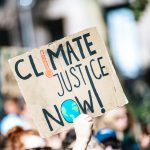